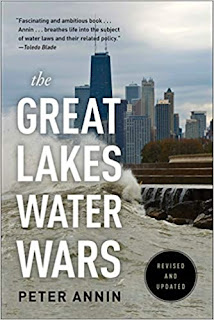 Our May 5th discussion will be on the book The Great Lakes Water Wars by Peter Annin (Nov 6, 2018).

With 320 reading pages it will be approximately 11 pages per day.

Check out the book bio and videos below:

"The Great Lakes are the largest system of freshwater lakes in the world and America’s greatest freshwater resource. For over a century they have been the target of controversial diversion schemes designed to sell, send, or ship water to thirsty communities, sometimes far from the source. In part to protect the Great Lakes from overzealous entrepreneurship, the Great Lakes Compact was signed in 2008. Although the Compact fulfills that promise and ensures that Great Lakes water stays within the Basin, some would say it has only shifted the controversy closer to home. Now water diversion controversies of a different kind are some of the most fought-over environmental issues in the region. Will the water wars ever be settled?
Journalist Peter Annin delves deeply into the fraught history of water use in the Great Lakes region and recaps the story of the Chicago River diversion, which reversed the flow of the river, fundamentally transforming the Great Lakes ecosystem. A century later it remains “the poster child of bad behavior in the Great Lakes.” Today, with growing communities and a warming climate, tensions over water use are high, and controversies on the perimeter of the Great Lakes Basin are on the rise. In this new and expanded edition of The Great Lakes Water Wars, Annin shares the stories of New Berlin and Waukesha, two Wisconsin communities straddling the Basin boundary whose recent legal battles have tested the legislative strength of the newly signed Compact. Annin devotes a new chapter to the volatile issue of the invasive Asian carp—a voracious species that reproduces at a disturbing rate—which is transforming the ecology of the river as it makes its way through the Chicago River diversion and ever closer to Lake Michigan.
May 2, 2008
With three new chapters and significant revisions to existing chapters that bring the story up-to-date over the past decade, this is the definitive behind-the-scenes account of the people and stories behind hard-fought battles to protect this precious resource that makes the region so special for the millions who call it home."
March 20, 2009

* Law in WI of Water has to match Sewage

* University Park Aqua problems they are currently having

* New Warehouses in Joliet and idea of building where water is not the other way around...AZ & Vegas also! 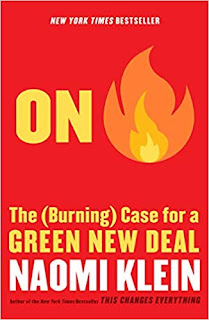 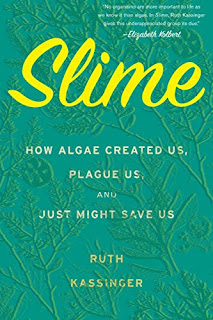