BK 19 (Jan 7, 2020): Chesapeake Requiem - A Year with the Watermen of Vanishing Tangier Island 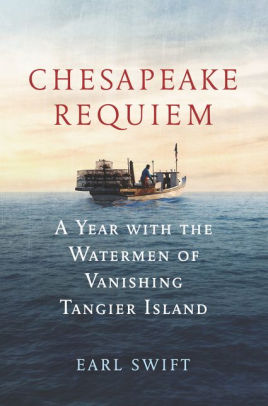 Our first book for Jan 2020 will be Chesapeake Requiem: A Year with the Watermen of Vanishing Tangier Island by Earl Swift (Aug 7, 2018).

With 5 weeks to read approximately 378 pages it is about 11 pages a day!

Check out the Bio & Videos below:

"A brilliant, soulful, and timely portrait of a two-hundred-year-old crabbing community along the Chesapeake Bay facing extinction because of climate change--part natural history, part paean to a vanishing way of life, and part meditation on man's relationship with nature--from a Pulitzer Prize-nominated journalist and the author of The Big Roads

Tangier Island, a 1.3 square mile spit of land in the Chesapeake Bay off the coast of Virginia, is a unique American small town. Most of its residents in this natural wonderland speak a distinct dialect passed down from their ancestors, English settlers who arrived in the seventeenth century. In this ""the soft-shell crab capital of the world,"" the economy has for decades revolved around blue crabs, and nearly everyone on Tangier--home to less than a thousand men, women, and children--is connected to the crabbing business.
Yet this place where neighbors know each other and doors aren't locked is disappearing; only four feet above sea level, it is losing fifteen feet of shoreline each year due to rising seas. Poised to become the first climate change casualty in the United States, the island could be uninhabitable in twenty years or less, barring widespread and extraordinarily expensive intervention from the federal government, some experts believe.
Going Under is a poignant, inside look at the past, present, and tenuous future of Tangier Island. Acclaimed journalist Earl Swift has spent much of the last two years living in this quaint and charmingly insular community that offers a few restaurants, two bed and breakfasts, and one ATM. Interweaving the story of Tangier's remarkable past with the first-person stories of crabbers and others who make their living from the sea, it is a bittersweet and eye-opening look at a world that has, quite nearly, gone by--and a crisis that will eventually impact all Americans, regardless of their views on climate change."

Check out this video as well.

* What an AWESOME Discussion! Dr. Susan (Drake) Emmerich featured on pages 299-301 attended our meeting! :-) She gave us much more details of her work on Tangiers Island, as well as, many other things she has done in her life...being a part of the 1st environmental laws under the end of  Reagan's Administration, Bush Sr. and Clinton, among other things. Dr. Emmerich described how she used the Creation Care method to quickly get the environmental group & the Tangier people to work together. She also discussed the threats to her safety from the Tangier people while she was there.

* We discussed the contradiction between the Tangier's people's strong religious convictions and their aggressive behavior. We discussed their distrust in science, government and environmental groups. We discussed there unsustainable methods they initially had. We discussed our conflicting feelings of empathy for the Tangier Watermen and people of the island toward the end of the book. We discussed the idea of saving the Island and the culture of the people vs the practicality of it economically.

* Dr. Emmerich discussed her day long course on Creation Care at Olivet Nazarene University on Sat May 16th and her husband's Law, Justice and Culture Institute from May 18th to the 30th. She provided us with a informational handout and application, which I will email the group. She also gave each of us a copy of The Heaven on Earth DVD. The above video is a long trailer. The DVD includes the trailer, the 52 minute documentary & then Between Heaven and Earth 27 minute PBS piece.

* Dr. Emmerich will be the speaker at the February Green Drink Meeting at Brickstone Brewery 6-8pm Feb 18th! 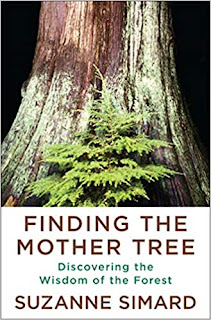 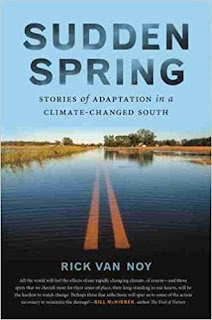